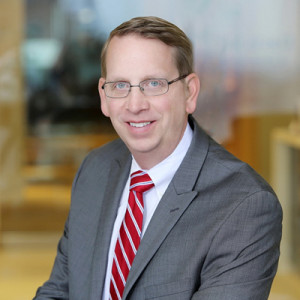 In Dowell v. Oregon Mutual Ins. Co., 361 Or 62, 388 P3d 1050 (2017), a PIP insurer declined to pay transportation costs that its insured incurred when attending medical appointments related to treatment for her injuries that resulted from a motor vehicle accident.  In response, the insured filed a claim for breach of contract, alleging that such transportation expenses are a medical expense covered under ORS 742.524(1)(a).[ii]  The trial court, however, granted the PIP insurer’s motion for summary judgement, finding that ORS 742.524(1)(a) did not provide for reimbursement of transportation expenses.  On appeal, the Oregon Court of Appeal’s affirmed the trial court’s ruling, focusing on the legislature’s intended meaning of the phrase “expenses of medical * * * services.”  The insured then appealed to the Oregon Supreme Court, which, using the principles of statutory construction, determined that the Court of Appeals correctly interpreted Oregon’s PIP law to exclude reimbursement of transportation expenses.[iii]

The Oregon Supreme Court began its analysis in the same manner followed by the Court of Appeals, specifically focusing on the statute’s phrase “expenses of medical services.”  Because neither the term nor any of the component words are defined in the statute, the Court relied on the plain meanings of the words.  However, the Court was unable to identify a singular meaning to the phrase based on a plain meaning analysis.  Rather, the Court found three possible readings of the phrase.

The insured argued for a broad interpretation of the phrase, claiming that the legislature intended the word “of” to allow the inclusion of any “cost that is related in some way to work that involves medical care or the practice of medicine,” including transportation costs.  However, the Court rejected this broad reading based upon a review of the context of the statute.  The Court noted that ORS 742.524(1)(a) specifically provides for reimbursement of ambulance costs and, therefore, the statute was clearly only intended to include the costs of specialized medical transportation.  Further, the Court explained that the insured’s broad reading of the statue would allow for reimbursement of child care costs incurred as a result of reasonable and necessary medical treatment, which is at odds with ORS 742.524(1)(e), a provision that explicitly provides for child care costs only when the injured person requires a hospital stay of over 24-hours.

The PIP insurer argued for a very narrow reading of the phrase.  The insurer based its argument on the second sentence of the provision, which provides that medical services are “presumed to be reasonable and necessary unless the provider receives notice of denial of the charges” within 60 calendar days.[iv]  The insurer argued that the use of the term “provider” in this second sentence implied that “medical * * * services” only includes “professional work performed by a physician or other person who renders medical care.”  However, the Court also rejected this reading, finding that the presumption in the second sentence was intended only as a way to reduce disputes over expenses submitted by healthcare providers and not as a “limitation on the scope of PIP medical benefits.”  The Court explained that the PIP statute explicitly provides for reimbursement of other costs resulting from injuries and medical treatment, such as lost income, despite including no presumption concerning the claims process for those costs.

Ultimately, the Court implemented its own interpretation, holding that the phrase “expenses of medical * * * services” provided for coverage of “costs that originate with, or that are actuated by, the rendered medical treatment or the physician’s performance of work.”  The Court found that the legislative history supported this reading, which includes costs for medication and other medical supplies or equipment that might be prescribed as part of treatment, but not expenses such as transportation and child care.  The Court cited numerous instances in the legislative history showing that the intention of the statute was to provide prompt payment/reimbursement of the costs of “medical care” as a way to reduce litigation while maintaining reasonable insurance premiums.  The Court found that reimbursement of transportation costs did not further this intention, nor was it otherwise promoted in the legislative history.

The Court then distinguished two out-of-state cases relied on by the insured, which held that the costs for transportation to and from medical appointments were covered by the states’ PIP statutes.[v]  Specifically, the Court noted that, in both cases, the courts based their rulings on a stated legislative purpose to provide broad coverage found in the language of the relevant PIP statutes.  The Court stated that, conversely, Oregon PIP statutes “do not include a statement dictating that the purpose of the PIP statutes is to provide broad coverage;” and, “[i]n fact, our case law recognizes limited, not broad, PIP benefit coverage.”

With this ruling, the Oregon Supreme Court reaffirmed a narrow reading of the medical benefits provided by Oregon’s PIP statutes.  In addition to holding that transportation costs associated with obtaining medical care are not covered, the ruling provides insurers grounds upon which to deny claims for other costs that do not fall within the meaning of “expenses of medical * * * services” pronounced by the court.

[i] The Court’s ruling does not change the requirement that an insurer pay reasonable and necessary ambulance expenses, which is a specifically enumerated expense in ORS 742.524(1)(a).

[ii] The cited statute provides for “All reasonable and necessary expenses of medical, hospital, dental, surgical, ambulance and prosthetic services….”