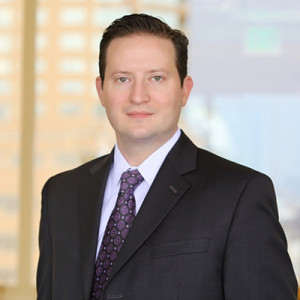 Lewis v. Clarke arose out of an off-reservation automobile accident in which the Lewises were rear-ended by a non-tribal member limousine driver for the Mohegan Tribal Gaming Authority.  The Lewises brought personal injury claims in Connecticut state court, which the driver moved to dismiss on the grounds of tribal sovereign immunity.  The trial court denied the motion.  But the Supreme Court of Connecticut reversed, holding that the plaintiffs could not avoid the tribal employee driver’s immunity defense simply by styling the complaint as having been brought against the employee in his “individual” capacity.

The United States Supreme Court, in an opinion authored by Justice Sotomayor, unanimously reversed the Supreme Court of Connecticut’s ruling.  The Court held that tribal sovereign immunity applies to protect tribal employee defendants only when sued in their “official” capacity.  Therefore, because the plaintiffs’ claims had been brought against the driver in his individual capacity, they did not implicate sovereign immunity.[i]  The Court further held that, even though the tribe had contractually agreed to indemnify the employee, such an agreement does not extend the tribe’s sovereign immunity to the employee where it would otherwise not exist.

At this early stage, the implications of the Lewis v. Clarke decision remain unsettled in state, federal and tribal court forums.  For example, uncertainty remains as to whether, and to what extent, Lewis v. Clarke could support state or federal court jurisdiction in a claim against a tribal member defendant arising out of an on-reservation incident.  Older precedent seems to suggest that the answer remains “no.”[ii]  But Lewis v. Clarke could be used to cast doubt on the continued validity of such cases.  Moreover, even if a case is filed in or removed to tribal court, it remains unclear whether an employee defendant could assert other defenses derivative of tribal sovereign immunity (e.g., tort claim notice, tort caps, etc.) even when sued in a tribal court forum.

Still, while the ultimate resolution of these issues remains uncertain, it seems almost inevitable that the Lewis v. Clarke decision will lead ambitious plaintiff’s attorneys to bring increased suits naming individual tribal employees defendants in state or federal forums (particularly for larger value claims).  Tribal insurance professionals should reasonably expect that this new species of claim will result in a slight uptick in dollars paid as compared to similar claims that historically were brought only in tribal forums. From the tribal entity perspective, Lewis v. Clarke, if nothing else, provides ample justification for engaging in the otherwise good business practice of reviewing and evaluating the entity’s liability insurance needs (not to mention the costs and benefits associated with any employee indemnification agreements it might have).

[i]  However, the Court reserved ruling on whether employees could assert other individual immunity defenses, such as “official” immunity.