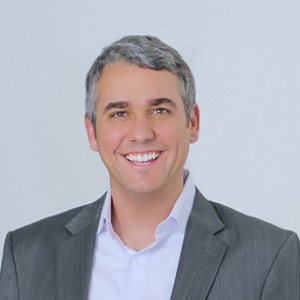 Washington’s construction statute of repose, RCW 4.16.300 and .310, applies to “all claims or causes of action of any kind against any person, arising from such person having constructed, altered or repaired any improvement upon real property. . .”  RCW 4.16.310.  The statute prohibits any cause of action “not accrued within six years after substantial completion of construction.”  For example, the statute would likely prohibit a cause of action filed in 2017 against a roofer who completed work on a project in 2010.

This relatively precise time limitation contrasts with Washington’s statute of limitations for product liability, RCW 7.72.060, which allows causes of actions that arise during the product’s “useful safe life.”  There is a presumption that a product’s useful safe life is 12 years, but there is no bright-line rule regarding the statute of limitations for product liability.

In some cases, common sense can clearly determine whether something is an improvement to real property subject to the statute of repose, or a product subject to the useful safe life analysis under Washington’s Product Liability Act.  For example, a school building is subject to the former whereas mass-produced kitchen appliances are subject to the latter.

However, in other cases, identifying the line between an improvement to real property and a product can prove difficult.  Washington courts have determined that power lines, escalators, and water tanks are improvements to real property, whereas certain gas lines and diving boards are properly considered products. [i]

Traditionally, court opinions focus on whether the injury-causing item was “an improvement to real property.”  The statute of repose covers “any betterment of a permanent nature which added to the value of the property as real property,” including “machinery of a permanent nature.”[ii]  Of course, nothing is permanent if you look at it from a broad enough perspective, including buildings, whose construction is obviously covered by the statute of repose.  Even power lines need to be replaced at some point. Thus, arguing over permanency can quickly devolve into semantics.

Another traditional approach is to focus on whether the injury-causing item improved the real property on which it stands because it was an integral part of that property.  To gain protection under the statute of repose, a party might argue that the real property could not function without the item.  For example, perhaps ski lifts are covered by the statute of repose because a ski resort could not function without them, whereas diving boards are products because it is possible to have a swimming pool without a diving board.  But this approach can also devolve into semantics.  Is it really true that a diving board does not improve a swimming pool? Many young swimmers would disagree. Conversely, one can certainly imagine a ski resort without ski lifts, although I probably would not frequent such a resort.

Rather than arguing solely over “permanency” and “improvement,” a party may want to focus the court’s attention on a simpler question: Who created it?  The statute of repose was “specifically intended to benefit persons having performed work which the persons must be registered or licensed under RCW 18.08.310, 18.27.020, 18.43.040, 18.96.020, or 19.28.041.”[iii]  These statutes cover contractors, architects, engineers, and electricians, among others.  If the work was performed by one of these categories of persons, the statute of repose should arguably apply under the statute’s own statement of purpose.