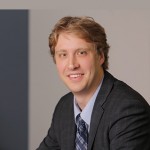 On July 19, 2017, the Oregon Court of Appeals released its opinion in Doe v. Silverman et al, 286 Or App. 813, ___ P3d ___ (2017), an action for damages based on child sexual abuse.  The opinion addresses Oregon Revised Statute (“ORS”) 12.117 – which is Oregon’s extended statute of limitations applicable to certain claims based on child abuse.  Under the statute, the plaintiff is permitted to file a lawsuit by the later of two periods: (1) before the plaintiff turns 40 years old; or (2) within five years of the date the plaintiff discovered, or reasonably should have discovered, the causal connection between the child abuse and his/her alleged injury.  This statute constitutes an exception to the general rule in Oregon that tort claims are subject to a two-year statute of limitations and a ten-year statute of ultimate repose.[i]

ORS 12.117(1) applies to two classes of claims: (1) claims against a defendant that actually committed the alleged “child abuse”; and (2) claims against a defendant that “knowingly allow[ed], permit[ed] or encourage[d] child abuse.”  However, this invites the question: what does it mean to “knowingly” allow, permit or encourage child abuse?  The answer to this question is potentially significant because the applicability of ORS 12.117 often determines whether a civil child abuse claim is, or may be, time-barred.

Overview of “Knowingly” Requirement in ORS 12.117

Before turning to Silverman, it is helpful to have an understanding of the “knowingly” requirement in ORS 12.117.  The Court of Appeals addressed this issue in two cases decided the same day in 1997.[ii]

First, in Lourim v. Swensen, the court addressed a negligence claim against the Boy Scouts of America and one of its local councils based on child sexual abuse allegedly committed by a scout leader.  The issue was whether the plaintiff’s complaint stated a claim that was within the scope of ORS 12.117.  The court analyzed the text, context and legislative history of ORS 12.117 and ultimately held that “the conduct described in [ORS 12.117] is actual, as opposed to constructive, knowing conduct.”[iii]  The Lourim Court upheld the dismissal of the plaintiff’s negligence claim because there was “no allegation that the Boy Scouts knew that [the alleged abuser] was such a risk to children, much less that they knew that he actually was abusing children.”[iv]

The Court of Appeals applied this same rule in Fearing v. Bucher.  The Fearing Court held that ORS 12.117 applies to a negligence claim only if the plaintiff establishes the defendant “had actual knowledge that [the alleged abuser] was, in fact, abusing children and that it then allowed, permitted or encouraged such abuse to continue.”[v]  “That, as [the Court] held in Lourim, is the only sort of conduct on which a claim subject to ORS 12.117 successfully may be predicated.”[vi]

Under Fearing and Lourim, it seems clear that, for ORS 12.117 to apply, the plaintiff must proffer evidence that the defendant received prior knowledge/notice that the abuser at issue had abused at least one other victim before the plaintiff was abused.  However, despite what Fearing and Lourim say, it is not uncommon in Oregon trial court cases for plaintiff’s attorneys to argue for a broader approach; namely, that ORS 12.117 applies in any case in which the defendant was aware of the mere risk of child abuse, even if there is no evidence the defendant knew that the particular abuser was, in fact, abusing children.

The Court of Appeals was again faced with these issues in Silverman – a case in which the plaintiff, now an adult, alleged that he was abused as a child by the defendant’s husband, Silverman. [vii]  The plaintiff alleged that the abuse occurred while he was staying the night at defendant’s house as a guest of her son.  The trial court granted the defendant’s motion for summary judgment, holding that the evidence was insufficient to support a finding that the defendant “knowingly” allowed, permitted or encouraged the alleged abuse, as required by ORS 12.117.  Without the benefit of the extended statute of limitations, the trial court held that the plaintiff’s claim against the defendant was time-barred.

The Court did not decide whether, under Lourim, the evidence would have been sufficient had the plaintiff merely established that the defendant was aware that her husband presented a risk of harm.

Silverman does not change Oregon law.  It simply reaffirms the rule that, if there is evidence that the defendant received actual, contemporaneous knowledge or notice that the plaintiff was being abused, and if the defendant then allowed, permitted, or encouraged such abuse to continue, then the extended limitations period of ORS 12.117 applies.  Again, Silverman did not decide whether plaintiff’s “risk of harm” theory is adequate under the prior case law, so we can expect plaintiff’s attorneys to continue making the argument that knowledge of a mere risk of harm is sufficient to satisfy ORS 12.117 (even though that argument seems clearly wrong under the Court of Appeals’ prior decisions in Fearing and Lourim).

Another takeaway from Silverman is the fact the Court of Appeals’ opinion appears to frame the issue as whether the defendant had actual, contemporaneous knowledge that her husband was abusing the plaintiff as it was happening.  This is similar to how the issue was framed 20 years ago in Sipes v. Sipes, 147 Or App 462, 467, 936 P2d 1027, 1030 (1997), a case in which the Court of Appeals held that ORS 12.117 “applies to negligence claims that are based on an individual actually knowing that child abuse is occurring and allowing, permitting or encouraging it to continue.”  It is not clear from the Silverman opinion whether the Court of Appeals viewed this type of contemporaneous knowledge of the plaintiff’s abuse while it was happening as a necessary requirement for ORS 12.117 to apply.

What this means is that defendants are not precluded from arguing that ORS 12.117 applies only if the plaintiff can proffer evidence similar to what was offered in Silverman, i.e., evidence that the defendant had actual, knowledge that the particular abuser was abusing the plaintiff as it was happening.  This argument would, if accepted, significantly limit the class of claims to which the extended limitations period in ORS 12.117 potentially applies.[viii]

[vii] Plaintiff also made claims against the abuser (Silverman), which were dismissed by the trial court, but that appeal was not addressed in the July 19, 2017 opinion.

[viii] See also, Sapp v. Roman Catholic Archbishop, No. CV 08-68-PK, 2008 U.S. Dist. LEXIS 33263 (D Or 2008), wherein Magistrate Judge Papak similarly framed the issue in terms of actual, contemporaneous notice of the plaintiff’s abuse while it was happening.  Id. at *38 (holding ORS 12.117 did not apply because the plaintiff alleged, “at most, that the [defendant] knew (or should have known) of [the abuser’s] predilection for sexual abuse of minors, not that the [defendant] had actual knowledge that [the abuser] was subjecting [plaintiff] in particular to sexual abuse at the time the abuse took place in 1979.”).