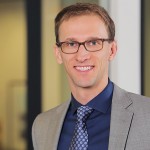 In Arden v. Forsberg & Umlauf, P.S., __ Wn.2d __, __P.3d __ (2017), the Washington Supreme Court rejected an insured’s attempt to collect damages for breach of fiduciary duty and legal malpractice from his former insurance defense counsel.  The insured sought to impose a per se rule of disqualification for insurance defense counsel who have performed any previous coverage work for the same insurer in unrelated cases.  While the Court acknowledged the potential for such coverage work to “materially limit” counsel’s representation of the insured under certain circumstances, it rejected a blanket disqualification, and, further, affirmed dismissal of the plaintiffs’ claim, holding that the particular plaintiff-insured had failed to prove any injury resulting from the alleged conflict of interest.

In 2011, Roff Arden shot and killed his neighbors’ six-month old Labrador puppy.  The neighbors, Wade and Ann Duffy, filed a civil action against Roff Arden for damages arising out of the incident.[i]  The Ardens tendered defense of the claim to their homeowner’s insurance carrier, Casualty Insurance Company of Hartford (“Hartford”).  Hartford initially denied the tender based upon the policy’s intentional act exclusion, though it later agreed to defend the Ardens under a reservation of rights.  Hartford retained counsel from the Forsberg & Umlauf firm (“Forsberg”) to defend the Ardens.  Forsberg & Umlauf had a “long-standing relationship” with Hartford, including representing Hartford on coverage matters, though there was no evidence of simultaneous representation of both the Ardens and Hartford.  Forsberg did not disclose this prior relationship with the Ardens, and proceeded to defend the case.

An initial round of settlement negotiations was unsuccessful, with the Duffys demanding $55,000 to resolve the claim and Hartford offering only $25,000.  Negotiations stalled and the Ardens filed a claim for bad faith against Hartford.  The Ardens later added Forsberg as a defendant, asserting claims for breach of fiduciary duty and legal malpractice for Forsberg’s failure to disclose its prior relationship with Hartford and Forsberg’s failure to keep the Ardens informed of the settlement discussions.  Hartford ultimately resolved the Duffys’ claims against the Ardens, and the Ardens’ bad faith claim against Hartford, for $75,000, leaving just the Ardens’ claims against Forsberg to proceed.  The trial court granted Forsberg’s motion for summary judgment, and both the Court of Appeals and the Supreme Court affirmed.

The Supreme Court acknowledged that an attorney’s previous coverage work for an insurer in unrelated cases could potentially create a conflict of interest with regard to the later defense of that carrier’s insured under a reservation of rights, and that the defense relationship under such circumstances should be “closely scrutinized.”  Rule of Professional Conduct 1.7 prohibits an attorney from representing a client when there is a “significant risk” that the representation of one or more clients will be “materially limited” by the lawyer’s responsibilities to another client or a former client.  Consequently, counsel may proceed with the representation under such conditions only if the lawyer reasonably believes that the lawyer will be able to provide competent and diligent representation to each affected client, and each affected client gives informed consent, confirmed in writing.  However, the court stopped short of imposing a per se rule of disqualification, leaving the matter to be determined on a case-by-case basis.

At the end of the day, the Court’s ruling hinged on damages, and it did not decide whether Forsberg had breached the standard of care or its fiduciary duties to the Ardens.  Resolution of the standard of care issue was subject to competing expert testimony at the trial court level.  Instead, the Court held that because the Ardens had not demonstrated any actionable damages caused by the alleged breach, their action failed as a matter of law.  Hartford ultimately resolved the Duffy’s claims against the Ardens, at no expense to the Ardens, and Hartford paid all defense costs.  Without any injury caused by the alleged breach, the Ardens had no claim.[ii]

Although the Court did refuse to impose any blanket rule on attorneys, it did affirm its previous caution in Tank v. State Farm that the “risk of potential conflicts” created by representing both insureds and their insurers “should be closely scrutinized.”[iii]  As a result, for insurance-defense attorneys in Washington defending under a reservation of rights, it may be prudent to: (1) review RPC 1.7(b); (2) disclose to clients that the firm has a prior relationship with the carrier in providing unrelated coverage opinions or representations; (3) assure clients that counsel believes that it is possible to represent both clients competently and diligently, the representation is not prohibited by law, and that the clients are not directly adverse to one another; (4) and have the clients give informed consent after adequate disclosure of the relationships, including advising the clients that they may seek retention of separate counsel to review the potential for conflict of interest.

[i] The suit also named Arden’s wife, Bobbi, but only as a result of Washington’s marital community property law rather than due to any alleged actions of Bobbi Arden.

[ii] As was recognized by the Court, the Ardens’ breach of fiduciary duty and legal malpractice are both claims in tort and, therefore, proof of injury/damages is a required element of the claims.