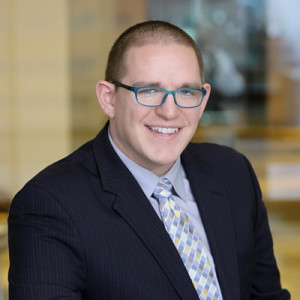 On December 10, 2015, in Alfieri v Solomon, 358 Or. 383, 365 P3d 99 (2015), the Oregon Supreme Court addressed, for the first time, the extent to which the confidentiality provisions of Oregon’s mediation statutes, ORS 36.100 to 36.238, prevent a client from offering evidence of communications made by his attorney and others in a subsequent malpractice action against that attorney.

The case arose when Plaintiff Alfieri retained Defendant Solomon, an attorney specializing in employment law, to pursue discrimination and retaliation claims against Alfieri’s former employer.  During that case, Solomon filed administrative complaints with the Oregon Bureau of Labor and Industries and then a civil action against the former employer.  Solomon advised Alfieri of the value of the claims prior to entering mediation, and the parties were unable to reach a resolution during the mediation.  After the mediation session ended, the mediator suggested a settlement package and Solomon urged Alfieri to accept the proposed settlement, which included a confidentiality agreement. Alfieri signed the settlement agreement and Solomon continued to advise him regarding the settlement even after the agreement was signed.

Later, Alfieri sued Solomon for legal malpractice, alleging that Solomon’s representation had negatively affected the outcome of Alfieri’s case.  In order to assert his claims in the legal malpractice case, Alfieri disclosed terms of the confidential settlement agreement, specifically disclosing facts about the mediator’s settlement proposal, Solomon’s conduct during the mediation, and private attorney-client discussions between Alfieri and Solomon relating to the mediation.  Solomon moved to strike many of Alfieri’s allegations, arguing that they contained material that is inadmissible under Oregon’s mediation statute, which provides that: “[m]ediation communications are confidential and may not be disclosed to any other person”[i] and “parties to a mediation may agree that all or part of the terms of a mediation agreement are confidential.”[ii]  The statute further provides that, to the extent that a mediation agreement or communication is confidential, it is “not admissible as evidence in any subsequent adjudicatory proceeding, and may not be disclosed by the parties or the mediator in any subsequent adjudicatory proceeding.”[iii]

The Oregon Supreme Court performed a textual analysis of the term “mediation communications,” and found that there are four elements in determining whether something is a mediation communication, as defined in ORS 36.110(7).  The Court found the first three elements explicitly listed in the statute: (1) whether it is a “communication,” (2) whether the communication is “in the course of” or “in connection with” a mediation, and (3) the identity of the recipient.  The Court then added a fourth element: (4) the identity of the speaker.

Based upon this analysis, the Court ruled that statements made by mediators to parties about the dispute are “mediation communications” and, therefore, are inadmissible in future malpractice actions. The Court also ruled that an attorney’s statements made while participating in a mediation are inadmissible mediation communications, as are statements made by an attorney outside of the mediation proceeding, so long as the attorney is speaking for the client in connection with the mediation, to a person described in ORS 36.110(7)(a). However, the Court ruled that private attorney-client discussions between an attorney and client, taking place outside a mediation proceeding, are admissible in a subsequent malpractice case,.

[v] “[A] mediator, a mediation program or a party to, or any other person present at, the mediation proceedings…”