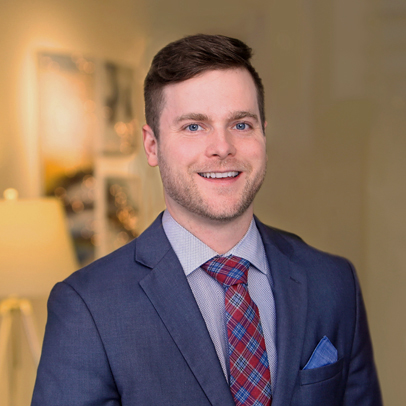 On January 30, 2019, the Oregon Court of Appeals in Bighorn Logging v. Truck Ins. Exchange issued an opinion finding, among other holdings, that the “operations” and the “incorrect performance” exclusions in a commercial general liability insurance policy were ambiguous. It upheld the trial court’s ruling that Truck had a duty to defend and indemnify policyholder Bighorn following a judgment against Bighorn for intentional timber trespass.

After Truck refused to defend or indemnify Bighorn, Bighorn brought a breach of contract claim against Truck. Bighorn won in summary judgment. Truck appealed, arguing it was not obligated under the insurance policy to defend or indemnify for the timber trespass claim. Truck argued that the judgment for intentional timber trespass excluded the case from coverage for two reasons: (1) Bighorn could never prove Truck’s obligation to indemnify was triggered where the trial court held Bighorn liable for “intentional timber trespass”, and the insurance policy only required Truck to indemnify for property damage resulting from an “occurrence,” i.e., “accident”; and (2) the trial court judgment finding Bighorn liable to the adjacent landowner for “intentional timber trespass” triggered the policy exclusion for property damage arising from “intentional” acts.

The court maintained its more recent stance on undefined terms “accident” and “intentional,” which was to acknowledge that coverage does not exist for intentional acts, but then split hairs to require that Bighorn had to have damaged the property with the purpose of damaging or killing the trees in order for the “intentional acts” exclusion to apply and in order for the damage to not qualify as arising out of an “accident.” That result was not surprising.

But Truck further argued that the work leading to the underlying timber trespass claim fell under two other exclusions: property damage to the “particular part of real property on which you … are performing operations, if the property damage arises out of those operations”; and property damage to the “particular part of any property that must be restored, repaired or replaced because your work was incorrectly performed on it.” Truck argued that the incidental work was not “on part of real property where [Bighorn] was performing operations” because it was on adjacent property rather than at the insured jobsite, hence the applicability of the “operations” exclusion.

The court stated that courts interpret the terms of policy exclusions from the perspective of an ordinary purchaser of insurance. It noted that where the terms are not defined under the policy, then courts look to whether the word or phrase has a plain meaning, or stated another way, whether it is susceptible to only one plausible interpretation. If there is more than one plausible interpretation, courts examine the word or phrase in context of the policy. Courts then look to the broader context of the policy itself. If ambiguity persists, any reasonable doubt as to the meaning of the word or phrase is resolved in favor of the insured.

The court found ambiguity in the exclusions. The court stated the “particular part of the real property” language could plausibly refer to both the job site property and the adjacent property given the latter’s supportive role in operating the main job site (as advocated by Truck) or the main job site property only (as advocated by Bighorn). The court also found it plausible both that “operations” was inclusive only of activities that Bighorn was permitted to take under a contract or license, and of activities that were in furtherance of the contracted for or licensed work but that ultimately exceeded the scope of said contract or license.

As for the “incorrect performance” exclusion, the court found that there were plausible arguments on both sides as to whether the incidental work that exceeded the limited license could qualify as “incorrect” performance of work and as to whether the term “work” encompassed incidental activities on adjacent property, and whether “work” consisted only of activities that Bighorn was permitted to take under a contract or license—here, creating tail hold trees on adjacent property.

Having established ambiguity in the exclusions, the court looked at whether Bighorn’s constructions were plausible in context of the other exclusions and policy entire. The court noted that the immediate context was not illuminating because several key policy terms were undefined. Looking out another interpretive step, at other exclusions, there was not sufficient clarity to provide context about the scope of the exclusions at issue. Looking to the policy in its entirety, the policy failed to expressly or impliedly address whether exclusions applied to property damage resulting from incidental work on adjacent property. The policy also failed to provide relevant statements of purpose or intent regarding the exclusions.

Ultimately, because both parties offered plausible interpretations of exclusions, and ambiguities concerning potential insurance covered are resolved in favor of the insured, summary judgment for Bighorn was upheld in relation to Truck’s duty to defend and to indemnify. When assessing coverage, always ask the important question – what are the alternative interpretations of this policy language in this context? It probably does not matter if there has been precedent finding the language unambiguous – context controls.