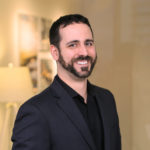 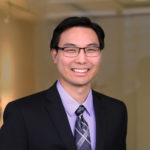 On May 21, 2020, the Washington State Supreme Court released its decision in Plein v. USAA Casualty Insurance, __Wn.2d __, No. 97563-9, 2020 WL 2568541 (May 21, 2020). In a landmark decision in Washington legal ethics, the Court established a new standard for what constitutes a “substantially related matter,” under Washington Rule of Professional Conduct (“RPC”) 1.9(a), the rule determining whether an attorney is precluded from representing a new client adverse to a former client. The opinion also provides clarification on the burden of proof when a former client seeks disqualification. This reversal of the Court of Appeals is the first opportunity the Supreme Court has taken to interpret RPC 1.9 since Washington “effectively adopted” the ABA Model Rules back in 2006.[1]

Duty to Former Clients before Plein

Under RPC 1.9(a), a lawyer is precluded from representing “another person in the same or a substantially related matter in which that person’s interests are materially adverse to the interests of the former client.” The Court of Appeals, in a 1994 case, State v. Hunsaker, held that, in order to successfully disqualify an attorney from representing an adversary under RPC 1.9, the former client must show that the matter at issue is substantially related to the subject matter of the former representation.[2]

To evaluate whether matters were substantially related, courts were to: “(1) reconstruct the scope of the facts of the former representation; (2) assume the lawyer obtained confidential information from the client about all these facts; and (3) determine whether any former factual matter is sufficiently similar to a current one that the lawyer could use the confidential information to the client’s detriment.”[3] This analysis was known as the “factual context” test.

However, in 2006, the Washington State Supreme Court substantially amended the RPCs, adopting the ABA Model Rules, along with its comments. No Washington court had published an opinion interpreting the amended RPC 1.9 until Division One of the Court of Appeals initially decided the Plein case in July 2019.[4]

The case arises from a fire that damaged the home and personal property of Mr. and Mrs. Plein. The Pleins’ insurer, USAA, agreed that the Pleins’ homeowners’ insurance policy covered the damage. USAA recommended a contractor to the Pleins for completing the repair work, and the Pleins hired that contractor. However, after the work was completed, the Pleins discovered negligent repairs, as well as concealed fire damage that was not repaired at all. The Pleins hired a local attorney to represent them in bad faith litigation against USAA.[5] That attorney consulted, and later associated with, two attorneys at Keller Rohrback, in pursuing the action against USAA.

The Court of Appeals, Division One, accepted discretionary review of the issue, and reversed the decision. The Court began by restating the “factual context” test from Hunsaker, but then noted that no published decisions had interpreted RPC 1.9 since the 2006 amendment.[6] In interpreting the definition of “substantially related matter,” the appellate court relied on Comment 3 of RPC 1.9, which states that matters may be substantially related “if they involve the same transaction or legal dispute or if there otherwise is a substantial risk that confidential factual information as would normally have been obtained in the prior representation would materially advance the client’s position in the subsequent matter.”[7] The Court of Appeals then held that Keller Rohrback had learned both specific and general confidential information from USAA that could materially advance the Pleins’ case, and so the attorneys should be precluded from the representation. Although different attorneys were involved in the previous defense of USAA, the court extended the conflict to the entire firm, under RPC 1.10.

The Washington State Supreme Court granted review, and reversed, reinstating the trial court’s decision. In doing so, the Court established critical rules in determining when an attorney is disqualified from representing a new client adverse to a former client.

Former Client Bears the Burden of Showing a Substantial Relationship

Test for Determining When Matters are “Substantially Related”

The Court looked at past Washington cases and opinions from outside jurisdictions, and ultimately found that the issue of “substantial relationship” was properly governed by the comments to RPC 1.9. The parties each advocated for application of a different one of the RPC 1.9 comments. USAA argued, consistent with the Court of Appeals, that the above-quoted text of Comment 3 prohibited the representation. However, the Pleins pointed to Comment 2, which states, in part, that “a lawyer who recurrently handled a type of problem for a former client is not precluded from later representing another client in a factually distinct problem of that type even though the subsequent representation involves a position adverse to the prior client.”

Prior to the 2006 amendments, the RPC 1.9 had allowed representation only in “a wholly distinct problem,” which suggested that overlaps in case type and legal theory could lead to disqualification. However, the Court found that the new Comment 2 covered the exact situation presented in Plein, a case involving a “factually distinct problem” from the prior representation, despite being of the “same type.” As a result, the Court found that Keller Rohrback could represent the Petitioners.

The Court went on to say, in discussing Comment 3, that “[t]he key inquiry . . . is whether there is a ‘substantial risk’ that [the firm] acquired ‘confidential factual information as would normally have been obtained in the prior representation’ that ‘would materially advance’ the [Petitioners’] position.” The Court held that a 1.9(a) conflict does not exist under Comment 3 where the attorney learns “general knowledge of a client’s policies and practices,” “information that has been disclosed” publically, information that would be readily discoverable in the subsequent litigation, or information “rendered obsolete by the passage of time.” Only “knowledge of specific facts gained in a prior representation that are relevant to the matter in question ordinarily will preclude such a representation.” The Court found that even Keller Rohrback’s defending USAA in matters involving similar allegations, but based on an unrelated set of facts, did not suggest that the law firm “obtained confidential information that would materially advance the Petitioners’ case.” Moreover, Comment 2 explicitly allowed the attorneys to represent “a current client in a ‘factually distinct problem’ of the same type that it ‘recurrently handled’ for the former client.”

Finally, the Washington State Supreme Court rejected USAA’s arguments based upon application of the “playbook” approach and a separate “duty of loyalty,” as inconsistent with RPC 1.9 and its comments. The “playbook” approach disqualifies representation if the “lawyer’s general representation of the corporation could ‘provide him with greater insight and understanding of the significance of subsequent events” and “offer a promising source of discovery.”[8] The Court found that this approach did not reflect the fact-specific nature of the RPC 1.9(a) analysis. Additionally, the Court also held that an attorney has “no separate duty of loyalty” to former clients beyond the ethical obligations set forth in the RPCs. Rather, the “duty of loyalty” owed is ethical representation under the RPCs.

The same cannot be said for RPC 1.9(c), which specifically centers on the “information” gained in the former representation. RPC 1.9(c) bars attorneys from using a former client’s confidences against it. But, that prohibition does not automatically require disqualification. Nor does the RPC 1.9(c) prohibition on using confidential information against a former client get imputed to an entire firm. Both disqualification and imputation require finding that the confidential information is “substantially related” to the current matter, such that the representation would implicated RPC 1.9(a). In short, RPC 1.9(c), on its own, does not trigger disqualification or RPC 1.10 imputation. That analysis starts and ends with RPC 1.9(a).

The Court’s distinction reinforces, again, its holding that, in order to be evaluate a matter argued to be“substantially related,” a fact-intensive review of the previous and current matters must be undertaken. Simply knowing confidential information is not enough to disqualify representation.

The Washington State Supreme Court’s opinion in Plein clearly emphasizes the fact-specific nature of an RPC 1.9(a) analysis. The conflict is not controlled by the problem at issue but by the specific facts of the respective matters being compared. In this analysis, the door could be open to disqualification based upon previous representation if a matter has overlapping facts, despite having a basis in an entirely distinct theory of the law. But representation is not going to be precluded based upon legal theory alone. General knowledge of policies and practices is insufficient to show the matter is substantially related.

In the context of bad faith litigation, the Washington State Supreme Court has provided clarity for insurers hiring counsel that litigate both sides of bad faith actions. If an insurer is wary about the potential for bad faith counsel to use general knowledge gained during representation in a subsequent adverse action, the onus is on the insurer to protect itself, as a court is unlikely to step in and disqualify counsel unless it sees overlap as to the actual facts of the case.

The Court’s analysis of these ethical issues in the context of bad faith litigation also raises an interesting evidentiary question about bad faith litigation generally. Bad faith litigation is frequently fraught with broad discovery requests served by plaintiffs on insurers, seeking expansive information on the policies, practices, tactics, and strategies implemented by the company in the adjustment of claims. Could the Washington Supreme Court’s holding, that such general information on claims practices does not fall within the “specific facts” material to a bad faith action (sufficient to raise a RPC 1.9(a) conflict), suggest that such general information is not relevant in a bad faith action and, potentially even provide a basis for objection to the discovery as overbroad and unduly burdensome? Or did the Court provide a safe-haven within its discussion of information falling outside RPC 1.9(a) and (c) by virtue of its being discoverable in the later action?

There is certainly more to unpack from the Court’s work on Plein. But the decision’s importance in the conflicts analyses performed by law firms daily is immediately clear.

[i] The Pleins also sued the contractor that performed the repairs.