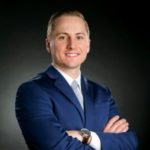 On May 13, 2021, the Washington State Supreme Court released its decision in Johnson v. Liquor & Cannabis Bd., 98726-2, 2021 WL 1916522 (Wash. May 13, 2021), laying down another marker in a nearly four-decade expansion of Washington’s premises liability standard as applied to business owners. It is a fundamental principle in Washington law that for a business to be liable to invitees (customers, guests, etc.) for injuries resulting from some hazard on its premises, the business must have actual or constructive notice of that hazard. A business has constructive notice of a hazard if that hazard existed for enough time and in such a way that the business or one of its employees should have become aware of it in the ordinary course of business. Historically, there have been exceptional circumstances where a business does not need to have notice of a hazard to be liable for injury to an invitee.  Though previously the exception was thought to be limited to a narrow set of businesses categorized as “self-service.”  The precise scope of the meaning of the term “self-service” has been a battle between sides of the bar.  However, with its decision in Johnson, the Court has expanded the available exception to the notice requirement to include all cases where “the nature of the proprietor’s business and his methods of operation are such that the existence of unsafe conditions on the premises is reasonably foreseeable.”[i] In other words, if you can imagine a hazard occurring in the ordinary course of business, you’re responsible for it.  The classification of a business as “self-service” is no longer part of the analysis.

The development of this exception to the notice rule can be traced back decades, and is notably rooted in the Court’s 1983 decision in Pimentel v. Roundup Co., 100 Wn.2d 39, 40, 666 P.2d 888 (1983). In Pimentel, a customer standing in front of a shelf holding paint cans was injured when a can fell onto her foot. The Court held that where the landowner operated a self-service business (i.e. customers help themselves to cans of paint), and the hazard is expected in the ordinary operation of that business (i.e. that cans might fall off shelves), a plaintiff did not need to show that the business had actual or constructive notice of the responsible hazard (i.e. a can hanging over the edge of the shelf) for the business to be responsible. This created a clear but narrow exception to the notice requirement through the reasoning that self-service businesses financially benefit from turning over aspects of their business operation to customers, and are therefore well-suited to anticipate and prevent the risks inherent in those aspects of the business.

Following Pimentel, the Court published a number of decisions that cleared the way to expand the narrow constraints of the exception. In Ingersoll v. DeBartolo, Inc., 123 Wn.2d 649, 653, 869 P.2d 1014 (1994), the plaintiff slipped and fell while walking through a common area of the Tacoma Mall and claimed the Pimentel exception applied. The Court did not push back on the assertion that the Mall’s common area constituted a “self-service” area, noting that the key to the Pimentel exception was not whether the hazardous area was literally “self-service,” but rather whether “the nature of the proprietor’s business and his methods of operation are such that the existence of unsafe conditions on the premises is reasonably foreseeable.”[ii] While the Court pushed back on the plaintiff’s claims for other reasons (the plaintiff failed to show that slipping and falling was a foreseeable risk in the nature of the Mall’s operations), it still articulated a rationale for expansion of the notice requirement.

The Court again commented on Pimentel in its ruling two years later in Iwai v. State, 129 Wash.2d 84, 915 P.2d 1089 (1996). In Iwai, the plaintiff slipped and fell in an icy parking lot. In a plurality opinion, the court reiterated the Ingersoll rationale that the Pimentel exception applied to all premises where the nature of the business and business operations made the existence of hazards reasonably foreseeable.[iii] The lead opinion endorsed this expansion of the Pimentel exception, while the concurring opinion felt doing so was possible, but not necessary in the current case. So, while a majority of the justices did not endorse the expansion of the exception at the time, the majority’s reasoning in Iwai signaled that the exception would be further expanded in a case with the right facts.

Five years later, in its majority opinion in Mucsi v. Graoch Associates Ltd. P’ship No. 12, 144 Wn.2d 847, 852, 31 P.3d 684, 686 (2001), the Court referenced and approved the Iwai lead opinion’s expansion of the Pimentel exception. On the facts of a plaintiff slipping and falling in an icy parking lot, the Court recognized as established law that in addition to a showing of actual or constructive notice, a business could be found liable if the hazard was reasonably foreseeable. This decision marked a complete expansion of premises liability from a notice standard to a notice or foreseeability standard.

It took another two decades, but the Court in Johnson picked up right where it left off, making it now abundantly clear that Pimental was not a “self-service” exception to the premises liability notice standard but a broad exception that could be applied to any commercial premises. In Johnson, a plaintiff entering a liquor store on a rainy day slipped and fell in the entryway. Citing its previous holdings, the Court noted that the broad purpose of the Pimentel exception was “to focus on aspects of the proprietor’s business that make unsafe conditions reasonably foreseeable.”[iv] In that vein, the Court linked and rubber-stamped its holdings in Ingersoll and Mucsi:

[T]he exception from Pimentel into a general rule that an invitee may prove notice with evidence that the “nature of the proprietor’s business and his methods of operation are such that the existence of unsafe conditions on the premises is reasonably foreseeable.” The self-service requirement of the exception no longer applies.[v]

In this language, the Court has made clear that the hazard need not even be specific to the type of business for the business to be liable. Rather, the hazard need only be related to the general nature and operation of the business more broadly. For example, in Johnson the Court stated “customers entering a store during business hours while it is raining is “inherent in a store’s mode of operation,” therefore a customer slipping on rainwater in a business’ entryway is a foreseeable hazard for which the business is responsible, even where the business had no actual or constructive notice of water in the entryway.[vi] What might previously be dismissed as outside of a “self-service” area of a business or as a hazard without notice is now firmly within the realm of hazards that business owners must account for in their operations.

Though it has been heralded for years, the Johnson decision is nonetheless a clear marker for premises liability cases moving forward. Plaintiffs now have a firmer tool by which to assert liability against business owners and operators without regard for actual or constructive notice of a hazard. Plaintiffs will still be required to show that a hazard was reasonably foreseeable to the business (or still can prove actual or constructive notice). However, business owners and operators must now consider a wider swath of potential hazards to their invitees; a relevant hazard is anything that can foreseeably occur on any accessible area of a premises.