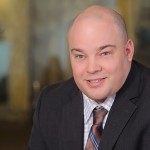 Under Oregon law, a plaintiff may not recover for purely emotional or psychic injury in a claim for negligent infliction of emotional distress, absent a special relationship, unless that plaintiff also suffered a direct accompanying injury to his or her person.  This principle, which has become known as the “physical impact rule,” has been in effect in Oregon since the 1940s.[i]

In 1986, the Oregon Supreme Court was poised to review the rule in Saechao v. Matsakoun, a case where the Court of Appeals, in a divided 6-4 en banc decision, held that child siblings who witnessed a motorist negligently run over and kill their brother could not recover because they were not physically impacted in the collision.[ii]  After the Supreme Court granted review, but before oral argument was scheduled to be held, the parties settled the matter, thereby precluding the Court from revisiting the rule.  Since then, the rule has seen continued application by Oregon appellate courts.[iii]

Just last week, however, the Supreme Court took review of a case challenging the rule.  The case, Philibert v. Kluser,[iv] involves two young children who witnessed their brother die after being struck in a crosswalk.  The Oregon Court of Appeals summarily affirmed the dismissal of a claim for negligent infliction of emotional distress, citing Saechao.  The Supreme Court granted review, and framed the issue as follows: “Under what circumstances, if any, can a person who suffers emotional trauma from witnessing negligently-caused harm to another person recover for that injury?”

The petitioners request that the Supreme Court disavow the physical impact rule and replace it with the more-common “zone of danger” test.  In general, this test allows for recovery where the claimant was placed in immediate risk of physical harm by the defendant’s negligence and is frightened by the risk of harm.[v]  Depending on the jurisdiction, the zone of danger test may include other elements that limit the right of recovery even more.

If the Court rejects the physical impact rule in favor of some other rule that is more favorable to plaintiffs, such as the “zone of danger” test, this could open the door to a lot of new claims.