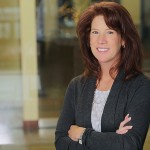 The Oregon legislature had a short 35-day session in February 2016, its off-year from a regular session.  Typically, sweeping new legislation is not introduced in an off-year session, due to the short track lawmaking that is customary of that term.  However, in this instance, insurance policyholder lobbyists attempted to pass the most comprehensive new bad faith legislation seen in Oregon, in SB 1590. The bill failed due to concerted efforts against it by the insurance lobby and other groups, over two plus days of testimony.  Further attempts to pass similar new legislation could arise in future sessions.

Key components of the proposed bill were: appointment of “cumis” counsel, a lawyer representing solely the insured in reservation of rights cases or potential excess cases, paid for by the carrier; coverage by estoppel, arising upon breach of the duty to defend even if such breach were excusable neglect; regulatory estoppel allowing use of insurer statements to regulatory bodies to bind coverage extrinsic to the terms of the insurance contract; policyholders’ right to assign insurance claims to others despite anti-assignment clauses; and, creating a fiduciary relationship between the carrier and policyholder it is defending.

The text of the proposed bill can be found here: https://olis.leg.state.or.us/liz/2016R1/Measures/Overview/SB1590