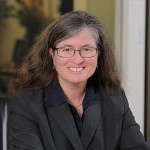 Oregon Revised Statute 742.061 allows an insured to recover attorney fees from its insurer after a successful lawsuit on the insurance policy.  Attorney fees are allowed when the action is filed in an Oregon court, the parties fail to reach settlement within six months from proof of loss, and the insured recovers more in the litigation than the insurer offered in settlement.  In the Personal Injury Protection (“PIP”) and Uninsured/Underinsured Motorist (“UM/UIM”) context, attorney fees can be avoided if an insurer follows one of two methods outlined in the statute.

The first means of avoiding paying fees on an insurance claim, including PIP or UM/UIM, is by settling the claim within six months from the date the insured makes a proof of loss, or, within that same six months, tendering a settlement offer that ends up being greater than the amount the insured ultimately is awarded.[1]

If an insurer chooses, it also may attempt to avoid payment of attorney fees by sending its insured a “Safe Harbor” letter under ORS 742.061(2) for PIP claims, or ORS 742.061(3) for UM/UIM claims.  However, subsections (2) and (3) of the statute have different language requirements for an effective Safe Harbor letter.  An insurer should be aware of which type of claim it is addressing when attempting to avoid attorney fees via the “Safe Harbor” method.

ORS 742.061(2) allows an insurer to avoid attorney fees in a PIP claim if, within six months from the proof of loss, the insurer sends a letter to its insured stating:

(a)        the insurer accepts coverage “and the only issue is the amount of benefits due the insured; and”

(b)        the insurer consents “to submit the case to binding arbitration.”

In comparison, ORS 742.061(3) allows the insurer to avoid attorney fees in a UM/UIM claim if, within six months from the proof of loss, the insurer sends a letter to its insured stating:

(a)        coverage is accepted “and the only issues are the liability of the uninsured or underinsured motorist[2] and the damages due the insured; and”

In the 2016 case Spearman v. Progressive Classic Ins. Co., 276 Or App 114 (2016), the Court held that section (2)’s “benefits due” and section (3)’s “damages due” mean distinctly different things.  Under Spearman, “benefits” refers to the amount payable under the PIP policy for identified qualifying expenses, and “damages” means “damages the insured would be entitled to recover from the uninsured motorist.”  Therefore, use of section (2) language for a UM claim, and use of section (3) language for a PIP claim, would result in a defective “Safe Harbor” letter.

Getting the language of a PIP or UM/UIM “Safe Harbor” letter right is important in light of the Spearman decision.  However, that is not the end of the attorney fees fight, because courts will then determine whether benefits and damages/liability were the only issues truly in dispute.  The complexity of arguments over the scope of the litigation has been addressed in Spearman (including Judge DeVore’s concurring opinion), and Robinson v. Tri-County Metro Transp. Dist. of Or., supra., as well as Kiryuta v. Country Preferred Ins. Co., but is more complex than this blog allows.  The Oregon Supreme Court recently accepted review of Kiryuta, and is expected to clarify issues relating to the scope of the litigation.  The accuracy of the Safe Harbor letter(s) is the first step in a successful defense against an attorney fees claim.

[2] If an insurer is not contesting the liability of the uninsured/underinsured motorist, it need not include language stating that liability is at issue.  Robinson v. Tri-County Metro. Transp. Dist. of Or., 277 Or App 60, 67 (2016).

[3]  Omission of the word “binding” has proven fatal to an attorney fees defense at the trial court level.