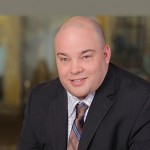 Construction defect cases make up a significant portion of Oregon’s civil docket, and nearly all include claims of negligent construction.  For years, the plaintiffs’ bar and the defense bar have fought over whether such claims are subject to the two-year statutory limitation period in ORS 12.110(1), or the six-year limitation period in ORS 12.080(3), yielding numerous and varying trial court decisions.  Appellate decisions added little clarity.[i]

Today, in Goodwin v. Kingsmen Plastering, Inc.,[ii] the Oregon Supreme Court ruled in favor of DREX’s client, concluding that negligent construction claims are subject to the two-year statute of limitations in ORS 12.110(1), and not the six-year statute of limitations in ORS 12.080(3).  This ruling is not only favorable to our client in this case, it is favorable to insureds and insurers generally, as it significantly reduces the time in which a construction defect claim may be brought.  In fact, many construction defects cases pending in Oregon circuit courts may be dismissed as a result of the ruling.