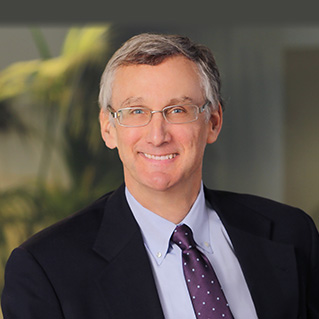 All agree that Washington’s Insurance Fair Conduct Act (“IFCA”) mandates that a court to grant attorney fees and allows the court to award triple damages if an insurer acts unreasonably in denying a claim for coverage or payment of benefits.[i]  However, prior to the Washington Supreme Court’s recent decision in Isidoro Perez-Cristanos v. State Farm Fire & Cas. Co., insurers were still unsure whether they could also be susceptible to IFCA’s substantial damages provisions simply by violating particular WAC regulations.  Subsection (1) of the statute suggests that IFCA actions are reserved only for first party claimants who have been “unreasonably denied a claim for coverage or payment of benefits.”  However, subsections (2) and (3), which provide for attorney’s fees and the possibility of treble damages, both describe the predicate finding of fact for an IFCA claim to be an “unreasonable denial of a claim for coverage or payment” or “a violation of a rule in subsection (5)”—which includes five provisions of the WAC, as well as any unfair claims settlement practices rule adopted by the commissioner under RCW 48.30.010.  Washington federal courts were previously split on whether IFCA created a cause of action for such a violation of the regulations outlined in subsection (5).[ii]  But in Perez-Crisantos, issued on February 2, 2017, the Washington Supreme Court settled the dispute, holding that IFCA creates a cause of action for first party insureds who were “unreasonably denied a claim for coverage or payment of benefits;” but does not create a cause of action solely based on WAC violations.

Perez-Cristanos was a fairly typical UIM case, in which State Farm paid its insured its PIP medical limits of $10,000, the insured accepted the $25,000 liability limits of the at-fault driver, and State Farm denied the insured was entitled to any UIM based on its adjuster’s findings of excessive chiropractic treatment and an unrelated shoulder injury.  An arbitrator later disagreed with State Farm’s decision and awarded the insured $24,000 in UIM benefits.  The insured then brought an IFCA claim, alleging that State Farm violated the statute when it forced the insured to litigate in order to get payments that were due to him.[iii]  The trial court found that State Farm did not act in bad faith when denying the claim.  Rather, the court found that this was simply a reasonable dispute that was resolved through arbitration.  As a result, the court disallowed plaintiff’s request for wide-ranging discovery and granted summary judgment to State Farm.

On appeal, the Washington Supreme Court affirmed the trial court’s ruling, resolving the split created by the federal courts.  Like the lower courts, the Supreme Court found that the inconsistency in the language between subsection (1) and subsections (2) and (3) of IFCA rendered the statute’s meaning “ambiguous” and, therefore, the Court needed to turn to extrinsic evidence of the legislature’s intent to interpret the statute.  When reviewing evidence of intent, the Court ultimately found that the legislature did not intend to create a cause of action under the statute for a mere violation of a regulation.  First, the Court noted that if the legislature intended to create such a cause of action, then the legislature would have clearly done so by using the same language in subsection (1) that it used in subsections (2) and (3).  Second, the Court reasoned that it was “unlikely” that the legislature would have intended a result where an insurer could be liable for an innocuous violation—such as responding to a “pertinent communication” in eleven days rather than ten—when the insurer ultimately paid the claim promptly and in full.

The Supreme Court’s ruling in   Perez-Crisantos brings clarity to insurers.  The ruling confirms that IFCA’s treble damages exposure does not apply to technical regulatory violations, such as not responding to communications within 10 days or not notifying claimants within 15 days of acceptance or rejection of their claims.  And, by affirming the trial court’s finding that the case presented an ordinary, reasonable dispute over the value of a claim and not the type of unreasonable denial that creates an IFCA violation, the Supreme Court provided insurers even more security.  Not only must an insured be denied coverage or benefits in order to bring an IFCA claim, but the insured must prove that the denial truly was unreasonable.

For a greater understanding on how to stay clear of IFCA violations, see our previous blog post entitled “The Three ‘I’ngredients to Staying “Reasonable” Under IFCA.”

[i] RCW § 48.30.015.  For more information of how the statute’s damages work, click on the link to our previous post explaining IFCA located at the end of this post.

[iii] The Insured also brought a common law bad faith claim and a CPA claim.  The Supreme Court did not address either claim but noted that such claims—which do not authorize the same substantial damages as IFCA—are still available for insureds faced with WAC violations by their insurers.