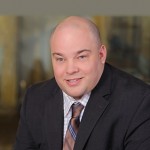 ORS 31.710 caps noneconomic damages in certain civil actions to $500,000. [1] The cap was enacted in the mid-1980s as part of a tort reform package passed by the Oregon legislature that was aimed at mitigating an insurance crisis in Oregon. Recent legislative enactments had greatly expanded liability by creating new claims and eliminating defenses, as well as increasing recovery on existing claims by abolishing contributory negligence and adopting comparative fault in its place. The result of these changes were an increased amount of damage awards or verdicts, and an increased in the amounts recovered. This caused insurers to either stop writing policies in Oregon, or to demand premiums that priced Oregon companies out of their respective markets, putting Oregonians at a disadvantage. The governor appointed to task forces to address the problem and to advise the legislature regarding potential solutions. This is when the noneconomic damages cap was born. To address the insurance crisis, and to try to coax insurers into offering affordable policies in Oregon once again, the legislature enacted a cap on the recovery of noneconomic damages.

Starting in the 2000s, the Oregon Supreme Court struggled with its jurisprudence regarding the constitutional provisions that are used to attack damages caps: the jury trial clauses and the remedy clause of the Oregon Constitution. This culminated in a decision in May 2016, when the Oregon Supreme Court concluded that the jury trial provisions in Oregon’s Constitution do not place any substantive limits on the legislature’s authority to enact damage caps. Horton v. OHSU, 359 Or 168, 376 P3d 998 (2016). [2] Instead, the jury trial provisions guarantee a procedural right to a jury, and application of a damages cap does not violate this procedural right. At issue in Horton were provisions of the Oregon Tort Claims Act, which is the state’s statutory partial waiver of sovereign immunity. The Act permits actions against the state, but limits the damages a claimant may recover. In Horton, the Supreme Court also held that the damages cap in the Oregon Tort Claims Act did not violate the remedy clause of the Oregon Constitution, as applied in that case. While the holding was limited to the facts in Horton, the Court had altered the analysis under the remedy clause of the state Constitution. It overruled several of its own cases, and resuscitated many of its cases that it had overruled decades earlier. One of the cases that that Horton Court overruled was the case from nearly twenty years before in which the Court held that the statutory noneconomic damages cap was unconstitutional under the jury trial clauses in the Oregon Constitution. By doing this, the Horton decision breathed new life into the noneconomic damages cap, and defendants began asserting the cap in ordinary personal injury cases again.

The defendant in the first case in the trio, Vasquez, sought review with the Oregon Supreme Court and the Court accepted. In its decision, the Court dodged the constitutional issue and instead held that the statutory cap on noneconomic damages does not apply to any claim that is subject to Oregon’s Workers’ Compensation Act, which includes claims by plaintiffs who were injured while working for their employers. Because the plaintiff in Vasquez was injured while on the clock, his claim was not subject to the cap on noneconomic damages, even though his claim was against a third party and not his employer. In Rains, the Oregon Supreme Court accepted review of the case but sent the matter back to the Court of Appeals to decide in light of the Supreme Court’s Horton decision, and the case settled while back in front of the Court of Appeals. Busch v. McInnis Waste Sys. is currently before the Oregon Supreme Court. In Busch, the plaintiff was not injured while working, so the claim is not subject to Oregon’s Workers’ Compensation Act, and the issue of the constitutionality of the noneconomic damages cap appears to be squarely in front of the Court. A Supreme Court decision in Busch may be issued soon to address whether and to what extent ORS 31.710’s cap on noneconomic damages is unconstitutional. Note that a 2019 bill to remove ORS 31.710 was narrowly defeated in June 2019. See legislative history at oregonlive.com/bill/2019/HB2014.

For now, the statutory cap on noneconomic damages does not apply to personal injury claims by claimants who were injured while on the clock, and it is likely unconstitutional as applied to other personal injury claims under the holdings of Vasquez, Rains, and Busch from the Court of Appeals. It appears that the only claims left to which the noneconomic damages cap may apply without offending the Oregon Constitution are claims for wrongful death that are asserted by the estates of decedents who were not on the clock when they died. Oregon’s law regarding the noneconomic damages cap may change again when the Supreme Court decides Busch. Stay tuned.

[1] Those actions include any lawsuit seeking damages “arising out of bodily injury, including emotional injury or distress, death or property damage,” except for claims against public bodies and those subject to Oregon’s workers’ compensation laws.