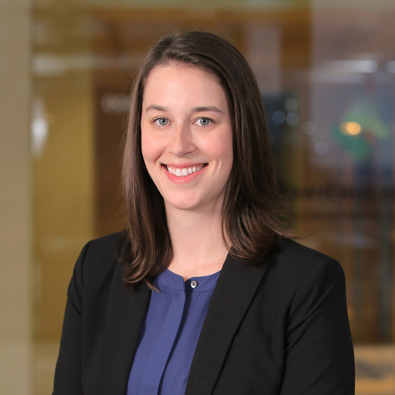 On February 26, 2020, the Oregon Court of Appeals issued an opinion that property damage resulting from pet waste was caused by the pets and not their owner, allowing State Farm’s domestic animal exclusion to apply to the loss.

In Phillips v. State Farm Fire and Casualty Co., the policyholder, Sally Phillips, sued her insurer for refusing to cover property damage from her tenant’s pet waste. Ms. Phillips discovered that her tenant was living with approximately 100 cats. The tenant had failed to adequately keep up with the waste from the cats, leading to permanent property damage including a “permeating odor” throughout the property.

State Farm moved for summary judgment, arguing that the property damage was excluded because the cats directly and immediately caused the damage to the property. Ms. Phillips argued in response that the damage was not caused by the cats, but rather by the tenant’s failure to clean up after them. The trial court granted partial summary judgment in favor of State Farm by concluding that coverage for property damage caused by the cats was excluded by the domestic animal exclusion as a matter of law. Ms. Phillips appealed, and the Court of Appeals affirmed the trial court’s ruling.

Whereas it could not be disputed that the waste of 100 cats was the cause of the property damage, the primary issue before the Court of Appeals was the meaning of the phrase “directly and immediately” as used in the domestic animal exclusion. Could the cats be solely blamed for the damage if the tenant’s failure to clean up after them was also a cause of the damage?

In Oregon, the interpretation of insurance policies follows the rules of contract interpretation, so the goal is to determine the intentions of the parties. In the insurance context, this means looking to the terms of the policy, and interpreting those terms “according to what we perceive to be the understanding of the ordinary purchaser of the insurance.” See Coelsch v. State Farm Fire and Casualty Co., 298 Or. App. 207, 214 (2019).

The terms at issue were “directly” and “immediately.” Because the policy did not define them, the court turned to their plain meaning. The court examined the dictionary definitions of both words, “directly” being defined as “without any intervening space or time : next in order . . .” and “immediately” being defined as “without intermediary: in direct connection or relation : closely.” These definitions satisfied the court that the exclusion’s language was plain and unambiguous, and that an ordinary purchaser of a rental dwelling policy would understand the domestic animal exemption to mean that “damage that can be directly linked to domestic animals by timing and physical connection is excluded.”

Having decided what the domestic animal exclusion means, the court was left to decide whether the exclusion applied to Ms. Phillips’ case.

It was undisputed that cats are domestic animals, and it could not be denied that the source of loss to the insured property was the waste of approximately 100 cats. And yet, Ms. Phillips argued, the domestic animal exclusion could not have applied because the cats were not to blame for the excess buildup of waste and permeating odor. Rather, Ms. Phillips argued that it was the passage of time in which the tenant negligently failed to clean up after the animals that led to the property damage at issue.

State Farm argued in response that the cats created the waste, and so were directly and immediately responsible for the damage. Regardless of whether the tenant worsened the damage by failing to clean up the waste, the cats were the clear source of the problem.

The court agreed with State Farm that the domestic animal exclusion applied—the cats were the source of the waste and the waste was the cause of the property damage. In reaching this decision, the policy’s use of the terms “directly and immediately” was important to the court for eliminating consideration of multiple causes, some of which may not be excluded from coverage.

In aid of its decision, the court looked to a local federal court case, Bjugan v. State Farm Fire and Casualty Company, 969 F.Supp.2d 1283 (D. Or. 2013), in which the Oregon District Court applied state law to interpret an insurance policy. There, the court examined the same domestic animal exclusion in another State Farm rental dwelling policy. The Bjugans owned rental property that was occupied by a tenant and, as they came to discover, a total of 95 cats and two dogs. The condition of the property was described as “deplorable and unhealthy.”

Like Ms. Phillips, the Bjugans sought to recover the cost of repairing the damage from State Farm, and State Farm similarly denied the claim on the basis of the domestic animal exclusion. Both parties moved for summary judgment. The Bjugans argued it was a vandalism loss covered by the policy and that the court should use the efficient proximate cause analysis to determine that that loss was covered by the policy. State Farm argued that the plain language of the policy made it clear that the loss was not insured as it was directly and immediately caused by domestic animals.

The court in Bjugan agreed with State Farm, observing that the State Farm policy directly addressed the situation in which there may be two or more causes for a loss when one may be excluded from coverage in the policy language. The court observed that the exclusion looks to the direct and immediate cause, and not all causes. Thus, the court rejected the Bjugans’ theory that the loss was caused by the tenant’s vandalism, explaining:

Taking the Bjugans’ argument literally, was it the renter’s decision to have cat number five or ten or fifteen or thirty-five that reached the point of being vandalism? What was the cat damage before that point in time? The plain meaning of the State Farm policy is that it was the actions of the cats that was the “direct and immediate” cause of the physical loss here, whether it was the first cat, the thirty-ninth, or the ninety-fifth cat.

In both Phillips and Bjugan, the courts did not allow policyholders to avoid the coverage exclusion by pointing to the irresponsibility of the tenant. It did not matter in these cases whether the tenant had one cat or one hundred, the result was the same: animal waste and resulting damage is caused by the animal and not the human who houses them. The courts were only able to reach this conclusion because of State Farm’s inclusion of the terms “directly” and “immediately.” Whereas the Phillips court agreed that there may be some ambiguity in an exclusion for losses merely “caused by” a domestic animal, the exclusion for losses “directly and immediately caused by” domestic animals has a plain and unambiguous meaning that allows coverage exclusion to losses resulting from domestic animal waste. The Phillips case illustrates that there is no known threshold at which the cause of damages due to ill tended pets transcends into the pet owner’s vandalism or negligence for purposes of State Farm’s domestic animal exclusion.