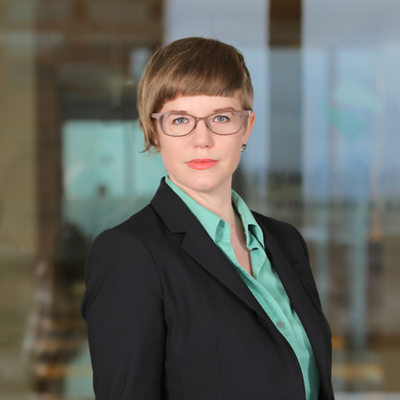 The Oregon Court of Appeals issued an opinion on February 12, 2020, further restricting trial judges’ ability to exclude speculative theories of medical causation from consideration by juries. This time, it’s about physical trauma-induced fibromyalgia.

Plaintiff Sherri Miller was involved in a minor (the Court of Appeals’ word choice) car accident caused by defendant and began to develop symptoms several months after the accident that were ultimately diagnosed as fibromyalgia. She sought compensation for treatment of her fibromyalgia condition and the pain and suffering therefrom at trial on the theory that physical trauma can cause fibromyalgia and did in plaintiff’s case. In support of that theory, plaintiff offered the testimony of two experts, “forensic epidemiologist” Michael D. Freeman, Ph. D., M.P.H., D.C., and a “Dr. Brown” whose qualifications go unmentioned in the Court’s decision.

Multnomah County Circuit Court Judge Christopher Marshall ruled at the trial that the testimony of these two experts was inadmissible because the plaintiff had not met the threshold to establish the evidence as scientific evidence, due to the lack of consensus in the medical community, that physical trauma causes fibromyalgia.

The Court dismissed the defense expert’s opinion that there was no consensus in the medical community that there is a connection between physical trauma and fibromyalgia as “his own conclusion,” explaining the lack of consideration of this factor by citing to Marcum (“the general acceptance of a theory of causation in the medical community is certainly relevant to the determination of the scientific validity of a theory, but its absence is not disqualifying”).

In this most recent turning away from the Brown/O’Key factors for analyzing the admissibility of scientific evidence and the “vital role” of the trial court as gatekeeper to screen proffered scientific testimony and determine whether it is sufficiently valid, the Court of Appeals overturned Judge Marshall’s decision to exclude the expert testimony, relying on the Oregon Supreme Court’s decisions in Marcum v. Adventist Health System/West, 345 Or 237, 193 P.3d 1 (2008), and Jennings v. Baxter Healthcare Corp, 331 Or 285, 14 P.3d 596 (2000). A review of Marcum and Jennings shows clear distinctions that were overlooked by the Miller Court and which arguably should have led to a different decision.

The Miller Court acknowledged that trial court Judge Marshall had to find by a preponderance of the evidence whether the proffered scientific evidence was sufficiently valid to assist the trier of fact, and that the Court of Appeals’ job was to review Judge Marshall’s opinion for “legal error.” Miller, 302 Or App at 190, 192.

The Court of Appeals, in Miller, without evaluating the 17 Brown/O’Key factors and without saying how it was legal error for Judge Marshall to have found the evidence did not meet the “more likely than not” threshold for scientific validity in light of those factors, determined that the three factors put forth by plaintiff’s experts as their testimony’s basis for scientific validity were sufficient to establish scientific validity: (1) plausibility (the “thought” that physical trauma can bring on “central sensitization,” a condition in which the brain and spinal cord interpret typically non-painful stimuli as painful and “thought” to be a mechanism of fibromyalgia); (2) temporal relationship (plaintiff’s symptoms developing several months after the minor accident); and (3) a ruling out of alternative explanations (no rule-outs discussed in the opinion). Id., at 194. The Court also mentioned the experts’ clinical experience that there is a high correlation between physical trauma and fibromyalgia, the existence of peer-reviewed medical literature (content and citations unidentified in the opinion), and studies which describe a “possible” neurological mechanism of causation. Id.

Even if one considers the Brown/O’Key factors to provide only “limited guidance” on the issue of scientific evidence of medical causation as the Miller Court points out, the decision is still puzzling. The Oregon Supreme Court’s analysis in Marcum found exclusion of expert testimony error where, despite the lack of consensus in the scientific community on mechanism of causation and a lack of verifiable correlation on the effect of gadolinium toxicity and vasospastic disorder, there was biological plausibility plus immediate symptoms following a sudden, single exposure. See Marcum, 345 Or at 252-53. The Miller Court acknowledged in the opinion that that plaintiff did not begin to develop symptoms ultimately diagnosed as fibromyalgia until several months after the accident. Miller, 302 Or App at 190. Further, the plaintiff’s expert in Marcum, while having “ruled in” gadolinium toxicity as a potential cause of plaintiff’s injury, had also “made an adequate showing of a scientifically valid basis…for “ruling out” a number of the other possible causes[.]” Marcum, 345 Or at 252-53. The Miller Court specifically discusses the rule-out factor, but does not seem to take into account how weakly represented that factor was in Miller’s case, where plaintiff was noted as having “several preexisting conditions that were potentially related to central sensitization and “was somewhat fragile,” until the accident[.]” Miller, 302 Or App at 194.

Taking into account the Oregon Supreme Court’s Jennings decision, with its discussion about the testability or falsifiability of the plaintiff’s expert’s testing methods for the neurological conditions he opined were related to his patient’s silicone breast implants, no such testability or falsifiability can occur in the context of fibromyalgia, where the existence of and understanding of the symptomology of the condition is established completely upon patient self-reporting. See Jennings, 331 Or at 307. Unlike the neurological conditions discussed in Jennings (which had a “unique pattern” and involved inner ear symptoms plus “actual physical loss of sensation to touch, in their fingers and toes”), which, the Supreme Court acknowledged the evidence of which was capable of being falsified, the self-reporting of pain cannot be falsified. See Jennings, 331 Or at 289. The Miller Court dismissed this concern expressed by the defense expert as “not dispositive” in the trial court’s function as gatekeeper for admissibility of scientific evidence. See Miller, 302 Or App at 194-95.

Whereas the Oregon Supreme Court in Marcum thought the Court of Appeals “asked for too much” when it “focused narrowly on the absence of a scientifically accepted mechanism of causation or other verifiable correlation” in affirming the trial court’s exclusion of plaintiff’s expert testimony on the connection of the gadolinium injection to the plaintiff’s vasospastic disorder, the Court of Appeals in Miller has swung too far in the opposite direction, while not accounting for the things that made Marcum a unique situation: the rarity and uniqueness of plaintiff’s injury; the directness and abruptness of the exposure event; and the immediate and localized symptoms. Marcum, 345 Or at 252-53. The rarity and uniqueness of the injury, and the novelty of the science recognizing it was part of why the lack of corroborative scientific studies and comparisons did not justify exclusion of the causation evidence. See id., at 252. Fibromyalgia, a condition deemed by the CDC to affect 4 million adults in the United States, or 10 million Americans, according to U.S. News and World Report, is hardly rare and unique. https://www.cdc.gov/arthritis/basics/fibromyalgia.htm; https://health.usnews.com/conditions/bone-and-joint-disease/fibromyalgia (July 8, 2019). Further, fibromyalgia is characterized by the widespread, rather than localized, nature of the symptoms, further undercutting a relationship between an exposure, or in the case of Miller, an injury, event (even aside from the development of the symptoms several months after the injury event).

The medical community cannot agree on fibromyalgia and what causes it for a lot of reasons. David Edelberg, M.D., cited to its “foreignness to medical thinking” in his article, “Fibromyalgia Confounds Allopathic Habits of Mind” even when asking his fellow colleagues to do a better job of listening to and believing patients. Virtual Mentor. 2012;14(4):305-309. doi: 10.1001 /virtualmentor. 2012.14.4. ecas2-1204. Although not for the first time, and certainly not for the last, trial judges are being asked to allow juries to consider evidence that confounds the medical community. Certainly, our friends in the realm of workers’ compensation claims are aware of this trend, even in the context of fibromyalgia. See In the Matter of Compensation of Michelle R. Wharton, 68 Van Natta 1912 (2016). But the Miller case represents a further dilution in the civil litigation realm of the trial court’s function to ensure that the “unusually high degree of persuasive power” (O’Key, 321 Or. at 291) of evidence that is perceived by jurors to be scientific is legitimate and scientifically valid.