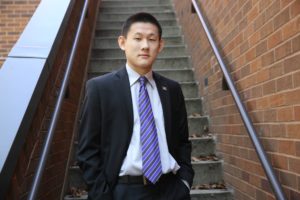 Confidentiality can be one of the most valuable tools in mediation.  The parties’ candor to the impartial mediator allows for an informed valuation and possible settlement.  Candid dialogue is encouraged by protecting mediation communications from discovery by the other parties to the litigation.  Thus in Washington, like Oregon, mediation communications are generally privileged.

But Washington departs from Oregon’s strict confidentiality in the context of a later malpractice case.  Oregon’s Supreme Court recently held that an attorney may use mediation confidentiality as a shield against the dissatisfied client. [i]  However, Washington has adopted the Uniform Mediation Act, whereby mediation-related communications are discoverable and admissible by a party in the mediated case in a later malpractice case against the attorney that represented that party.  Furthermore, the accused attorney may also discover and offer evidence of the mediation-related communications, making them available both as “swords” and “shields” when it comes to the malpractice claim.

In short, in Washington, communications “related to” mediation are discoverable and admissible in a subsequent malpractice claim, but are otherwise privileged.

RCW 7.07.030 states that mediation communications are generally privileged, not subject to discovery, and inadmissible as evidence in a later proceeding.[ii]   The exception is for professional malpractice claims against a party or participant to a mediation – including the mediator – based on conduct occurring during that mediation.  There is no privilege for mediation communications that may prove (or disprove) such claims.[iii]  At least one local court has held that “the privilege should be broadly construed.”[iv]

The statute specifically defines “mediation communication” as “a statement, whether oral or in a record or verbal or nonverbal,” that (1) “occurs during a mediation” or (2) “is made for purposes of considering, conducting, participating in, initiating, continuing, or reconvening a mediation or retaining a mediator.”

Subpart 1 does not restrict the topic of or participants to the communication, so long as it occurs during the mediation.  Thus, a conversation between an attorney and client that takes place in a mediation room, but regarding a different claim than the one being mediated, is protected by the mediation communication privilege (as well as the attorney-client privilege[v]).  If the opposing parties in the Smith v. Jones mediation spend a few minutes discussing the related Thomas v. Jones case, that otherwise-discoverable conversation is protected by the mediation communication privilege because it occurred during the Smith v. Jones mediation.

Subpart 2 does not restrict the timing of the communication, so long as it contemplates the (upcoming, current or past) mediation.  This likely covers almost every possible communiqué surrounding a mediation: e.g., an early email between opposing counsel questioning whether to mediate, a party’s head-nod in the hallway during mediation, or an attorney’s discussions with her client following an unsuccessful mediation regarding whether to continue negotiations.

The mediation communication privilege extends to documents that are prepared exclusively to mediate the dispute, as well as to participate in a mediation.[vi]  Thus, the parties’ mediation letters are privileged, as are individual agreements to mediate signed by each party.

Arguably, the privilege could cover a party’s written chronology of events that it prepares prior to mediation to assist in negotiations, a non-managerial employee’s emails with a party’s attorney, or a testifying expert’s opinion letter to the mediator, but only if performed solely for mediation preparation.  A person blocking the assertion of privilege over such documents should be able to explain their utility beyond mediation.

Despite common belief to the contrary, an otherwise-discoverable document, such as a witness statement or medical provider letter, does not become inadmissible or protected from discovery solely by reason of its disclosure or use in a mediation.[vii]

Who May Enforce the Privilege

The Uniform Mediation Act is a relatively new statute—adopted by Washington in 2005—with little case law further interpreting its terms.  However, an increasing number of states have adopted the act in recent years and so a deeper exploration by the courts into its implications is likely forthcoming.

[i] Alfieri v Solomon, 358 Or 383, 365 P3d 99 (2015).  See Noah Gordon’s post for a full analysis of the Alfieri opinion and  its impact on parallel issues in Oregon, available here: http://www.davisrothwell.com/2017/11/17/alfieri-v-solomon-and-confidentiality-of-mediation-related-communications-in-oregon/.

[ii] “Proceeding” is defined to include a judicial, administrative, arbitral, or other adjudicative process, including related prehearing and posthearing motions, conferences, and discovery; or a legislative hearing.  RCW 7.07.010.